Based in San Francisco, CA, Cryptyk’s mission is to “take the profit out of hacking and the risk out of the cloud.” Their decentralized multi-cloud storage platform or Vault takes each individual file, encrypts it once, and uses an intelligent randomization process to split it into 5 shards. It then separately encrypts each of those 5 shards and distributes them onto 5 nodes. Each node is a different third party cloud storage provider such as Google, AWS, and IBM. This architecture makes any data a hacker acquires from a security breach useless, as the pieces are non-distinct and impossible to decrypt and put together without the magic addresses that only the user has. “Our ‘safe-to-hack’ Vault technology creates true data sovereignty and eliminates all significant threats to an enterprise like hacker’s attack, ransomware, and malware,” notes Weigold. For instance, Cryptyk uses a technique called Erasure coding, during a DDoS attack or server failure, which creates multiple distributed backups of each file shard after they are encrypted. In such a scenario, if any part of a node goes down for any reason, Cryptyk seamlessly pulls a backup file shard from a different node.

Alongside Vault, the company uses a “hybrid blockchain” technology platform called Sentry for auditing, tracking, and monitoring all user access and file sharing. Cryptyk Sentry’s blockchain acts as a separate, decentralized platform that protects interaction with Cryptyk Vault. It uses the blockchain to set permissions and to track and monitor all file access and activity. Its immutable record allows for real time auditing by AI, as well as behavior analysis and predictive measures that not only eliminate external threats but also internal threats from within an organization. Sentry is also an entire security engine that enforces end-to-end security measures for every user accessing Cryptyk data. It manages network access, device fingerprinting, and monitors user behaviors. It allows IT departments to have a complete control over all devices accessing their data and enforces secure practices for all data in motion.

“Often technologies attempt to achieve the security of distributed storage by putting files on the blockchain directly. This has proven to be a mistake,” points out Weigold. “Also, if the distributed storage is on a peer-to-peer network, or a blockchain, loss of crowd popularity will decrease users, reduce dedicated hardware, and thus transaction processing power. Taking a unique approach, Cryptyk stores files in double encrypted shards on 5 independent cloud storage providers online and protects access to the files with the blockchain. In addition, they utilize large enterprise accounts on these providers, guaranteeing speed, security, and uptime from each of these.

Ultimately, Cryptyk’s goal is to create a cyber security community of investors, developers, early alliance partners, and customers. “We have already teamed up with several security-focused companies to expand our capabilities. With distributed servers across the world, we will design a failsafe system that is independent of the demands of any single nation or government, creating true data sovereignty,” concludes Weigold. 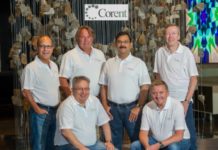 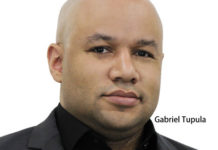 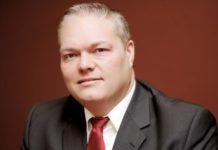 SD-WAN Key to Your Company’s Collaboration and Competitiveness