When General Motors president Charles E. Wilson appeared before the Senate Armed Services Committee in late 1952, he was asked whether, if confirmed as secretary of defense, he could put the interests of the United States above those of GM. Yes, Moore answered, though he couldn’t imagine such a situation “because for years I thought what was good for our country was good for General Motors, and vice versa.” Politicians still argue the merits of that statement. But I can’t imagine any arguing with this one: what’s good for retail is good for America, and vice versa.

With twenty-nine million workers, the retail industry is the largest private employer in the United States. There is no way that the US economy can “open up” without these workers returning to their jobs.

As the CEO of Consumers in Motion, I advise major national and international brands on retail trends and fundamentals. In that capacity, I visit hundreds of retail stores annually, meet with their managers, and review their business models. I spend a portion of my time in China. I know what’s going on in retail.

Lately, of course, like everyone else, I have been thinking about Covid-19 and what the post-pandemic world will look like. I can’t speak to the future of your stock portfolio or when you’ll next be able to host a dinner party, but I can give you insight into the effect Covid-19 has had on retail and what the path to a successful future will look like.

When I say future, I mean the immediate future. The Covid-19 pandemic isn’t merely an inflection point; it’s a light switch. In the past, society has often had a generation to adapt to major changes; but we don’t have that luxury today. You thought the internet happened fast? Well, it didn’t. For how many years did you toss those CDs AOL kept sending you before you gave in to dial-up service? By contrast, the changes I’m seeing now are happening as fast as the flick of a light switch. You don’t want to find yourself sitting with the losers in the dark.

The most obvious losers will be those retailers who believe they can reopen without making major changes to the way they do business. My contacts in China feed me data all the time, and here’s what they show: Chinese retailers are 85 percent open but seeing only 30 percent of their former foot traffic. In China at least, there is no V-shaped recovery.

So what will bring consumers back to brick-and-mortar stores? Safety is a given, just as it was with air travel after 9/11. In this case, the analog to the confidence-building ceremony of ID production and shoe removal will be temperature scanning, tightened disinfection protocols, and rearranged physical layouts that promote social distancing. Such accommodations will help customers feel more comfortable in the retail space, but they won’t be sufficient.

In order to analyze the retail industry in a more quantifiable, less subjective way, I’ve developed a tool I call the Consumer Engagement Index, which measures seven specific criteria ranging from store design to employee training. The most important criterion, however, is the human touch. To a great extent, the success of our species has depended on the human need for connection, out of which has developed our ability to network effectively with each other. In my system, the human touch reflects a retail staff’s ability to empathize with the needs of customers. Retailers will have to train even their part-time staff as thoroughly as flight attendants if they expect to help their customers feel secure in an insecure world. If they don’t, they will suffer the same declines in foot traffic currently being seen in China.

The demise of tenants who don’t offer the added value of experience will free up a great deal of space, but landlords needn’t be concerned because there is a new retail sector into which they can tap: health. By now we’ve all realized the hard way that our wellbeing depends directly on the health of every other human, because we can all spread infection. Health care will of necessity be democratized. That’s why coming soon to a shopping center near you will be a Disneyland of health services—drop-in clinics, diagnostic labs, yoga studios, and mindfulness trainers. At the Westfield Mall in Beverly Hills, you can already find two primary-care practices offering the convenience of extended hours, same-day appointments, on-premises X-rays, and Covid tests. Going to the doctor will soon be a retail experience.

These changes will be difficult and costly, but Americans have a pretty good track record in responding to existential challenges. The only reason Charlie Wilson became president of General Motors in January 1941 was that his predecessor, Bill Knudsen, left the company at Franklin Roosevelt’s request to become head of the new Office of Production Management. Roosevelt recruited Knudsen because he could see the war coming and wanted the United States to be prepared. It may have been the shrewdest move of FDR’s presidency, because under Knudsen’s leadership American industry retooled itself into the arsenal of democracy. “We won,” Knudsen said, “because we smothered the enemy in an avalanche of production, the like of which he had never seen, nor dreamed possible.”

Pearl Harbor was another light-switch moment. In its aftermath, the situation seemed nearly hopeless; and yet consider the remarkable effort it inspired. It turned out to be the beginning of a new and better world. This pandemic need be no different. We are capable of responding. We can, as Knudsen said, do the impossible. 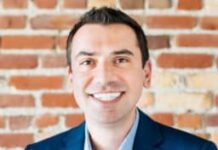 Alleviating Operational Challenges at Every Store 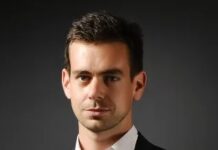 Solutions for Retailers of All Sizes 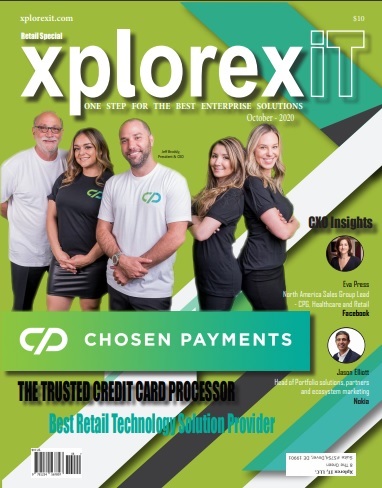 Solutions for Retailers of All Sizes

Double vision: Postmodern ERP in an age of bimodal IT

Newforma Announces General Availability of a Connector with Bluebeam to Streamline...

ABOUT US
Xplorex IT is a global information technology research company with a focus on enterprise technology publications and news services. We help CIOs and IT decision makers find the best enterprise solutions in the marketplace.
Contact us: info@xplorexit.com
FOLLOW US
Copyright © 2020 Xplorex IT, LLC. All rights reserved.
error: Content is protected !!