New York, NY – February 16, 2017 – Cycle Computing, the global leader in Big Compute and Cloud HPC orchestration, today announced that a University of Arizona researcher is using Cycle’s CycleCloud software to manage Google Cloud’s Preemptible VMs running molecular docking simulations. The CycleCloud platform has been employed in seminars and will be used in primary research in an effort to identify and create therapeutics for the neurological disease amyotrophic lateral sclerosis (ALS), also known as Lou Gehrig’s disease. The simulations of candidate compounds were executed by the Schrödinger Glide application at larger scales than ever previously possible.

University of Arizona Pharmacology Department Assistant Professor May Khanna, Ph.D. approached Cycle Computing to help accelerate lab simulation efforts in her research. The objective in this case was a simulation that discovers small molecules that target specific proteins used to develop therapeutics for ALS. The simulation used the Schrödinger Glide application on 5,000 cores of Google Cloud Preemptible VMs to accurately dock one million compounds to one protein target. After a simulation was complete, the protein was produced in the lab, and compounds were then tested with nuclear magnetic resonance (NMR) spectroscopy, which takes about 40 minutes per molecule. With Cycle Computing, what would have previously been months of computation was run over the course of a few hours, providing the researchers with the valuable advantage of seeing the results of their efforts.

The benefits of utilizing the CycleCloud platform became apparent immediately. Khanna said, “We quickly realized that the orders of magnitude improvement that CycleCloud provided in our seminar computations could also be leveraged in our primary research. We are thrilled to say that we now have plans to further enhance our research and four areas have been identified where additional computation could forever change the course of our docking experiments and ultimately, help successfully manage ALS.”

Plans are now in place to increase the size of the pool of potential compounds, as well as include other proteins in the simulation to look for interactions that would not typically be seen until much later in the process. Additionally, the Pharmacology Department will now introduce flexibility in the protein simulation yielding more possibilities for docking and mirroring real world conditions. The department will also simulate over the entire surface of the protein instead of just a known-active area unlocking “an amazing amount of power” in the search process. The computational demands of these approaches were impossible until the introduction of CycleCloud.

“This is only the beginning of the story of our relationship with Dr. Khanna and her team of researchers. There is so much important and ongoing work at the University and we are just starting to see how much CycleCloud can support and optimize the process,” said Jason Stowe, CEO, Cycle Computing. “We cannot express how pleased we are to see the power of CycleCloud software put to work to help further the effort to end the suffering of Lou Gehrig’s disease.”

Cycle Computing is the leader in Big Compute software to manage simulation, analytics, and Big Data workloads. Cycle turns the Cloud into an innovation engine for your organization by providing simple, managed access to Big Compute and Cloud HPC. CycleCloud is the enterprise software solution for managing multiple users, running multiple applications, across multiple clouds, enabling users to never wait for compute and solve problems at any scale. Since 2005, Cycle Computing software has empowered customers in Big 5 Life Insurance, Big 10 Pharma, Big 5 Hedge Funds, F500 manufacturing, startups, and government agencies, to leverage hundreds of millions of hours of cloud based computation annually to accelerate innovation. For more information visit: www.cyclecomputing.com 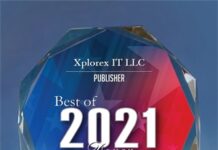 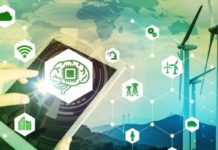 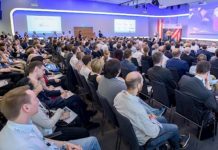 Pros and Cons of Cloud ERP

What does Covid-19 mean for the future of ecommerce?