A long-discussed manufacturing plant, said to be built by Apple manufacturer Foxconn or its subsidiary Sharp, may break ground as soon as the summer of 2017 with Sharp at the helm, according to a new report

According to a new report by Reuters, Foxconn and Sharp have hashed out who will be the head of a potential U.S. factory, with subsidiary Sharp taking the lead. The announcement may come as soon as Japanese Prime Minister Shinzo Abe makes a state visit to the U.S, bringing with him an investment proposal that could bring up to 700,000 jobs.

Sources familiar with the Prime Minister’s visit claim that “the investment will be by a Japanese consortium that will also include manufacturing equipment makers.” Both Sharp and Foxconn have refused comment on the matter.

The job package is unlikely to be entirely related to any potential Sharp manufacturing plant, with discussions already underway between the Japan Prime Minister and Toyota on similar matters.

Foxconn and Sharp were considering building an LCD manufacturing plant in the U.S., but which aspect of the same company would lead the effort hasn’t been clear. The option for either to be the prime mover was being discussed as recently as January, with an unnamed Foxconn executive said such a decision must be made “carefully.”

While rumors are still swirling, the plant still may not be built at all. If it does happen, funding is likely a result of SoftBank’s $50 billion investment in the U.S., aimed at creating 50,000 jobs. SoftBank is a partner of Foxconn.

If a U.S. LCD plant from Sharp and Foxconn were to come to fruition, it is reportedly slated to be about the same size as a recently announced display manufacturing plant in Guangzhou, China. That facility, scheduled to open in the fall of 2018, has a price tag of $8.69 billion.

Apple chipmaker TSMC also has recently noted that it was examining the possibility of building a chip foundry in the U.S., according to DigiTimes. As with Foxconn and Sharp, import taxes expected to be levied on goods manufactured overseas is leading to the discussions. 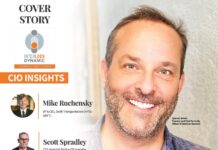 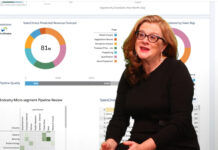 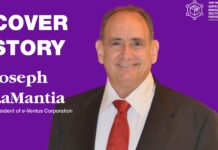 A Review of Online Education and Web Services: A Consideration of...