For military planning purposes, the predictable future very unlike the wars from 2001 to present, will involve forces engaged with near peer aggressors and competitors that can challenge each other’s air superiority, who will conduct highly sophisticated cyber warfare, and use advanced weapons systems that will cause higher mortality and morbidity to Soldiers and civilian populations than seen in previous conflicts. The future operating environment of warfare is going to be increasingly complicated and complex as friendly and enemy forces continue to improve their abilities to conduct operations in multiple domains. These factors will contribute to medical forces providing periods of prolonged care, over vast distances and at austere sites.

Increased competition in cyberspace will have definite impacts on tactical communication networks, and the ability to provide reach back capability for medical teams on the battlefield to communicate with healthcare specialists thousands of miles away. While the training and preparedness of medical personnel is the cornerstone of providing optimal care for Soldiers, current and future missions will be in contexts where medical support may be limited, and evacuation may take hours to days.

Ingenuity and investments in technology must be leveraged to improve the quality of care provided to wounded service members on the battlefield. Technologies such as autonomous robotic platforms, artificial intelligence, and redundant, hardened telemedicine systems: to treat trauma, disease and non-battle injuries (DNBIs), and infectious diseases, in the operational environment where prolonged care scenarios and lack of friendly force supremacy in the cyberspace domain, may limit reach back capability to medical specialist in definitive care settings, must be developed and deployed.

Using the Gartner Incorporated 2018 Hype Cycle for Emerging Technologies, there are several technologies that show potential for developing into working prototypes to explore their implications for militarily useful applications in healthcare. This hype Cycle distilled insights from over 2,000 technologies that show the most potential for creating a competitive edge for business that can incorporate them into standard processes (Walker, 2018)

The following technologies are a few of those that appear to be most relevant to improving the delivery of healthcare in the operational environments during prolonged and protracted healthcare delivery scenarios:

Definition. These are electromagnetic form factors that sense environmental conditions, and can solve problems in an autonomous fashion in the physical world.

Examples from Industry.
• Amazon Robotics has deployed robots across their warehouses.
• Google is acquiring several technology companies focused on robotics
• LG introduced CLOi in 2018, which was developed to be used in the hotel, airport and supermarket industries.
• Various hotel chains are employing robots for room service.

Use Cases. Smart Robots can be employed not only in the hospitality, manufacturing and warehousing environments, but also in healthcare. As the technology matures, they may be able to serve as substitutes and compliments to human works, performing physical tasks with greater accuracy and reliability, and at lower costs.

Definition. Mixed Reality is when the digital and real worlds are merged so that virtual and physical objects appear to interact; and for the purposes of this paper include virtual (VR) and augmented reality (AR) environments.

Use Cases. The Telemedicine and Advanced Technology Center (TATRC) is subordinated organization of the United States Army, is already experimenting with the use of AR to help with the triage of patients in medical evacuation platforms, where a single medic must take acer of several patients. Using a head mounted display (HMD), the medic is given alerts regarding a secondary patient who maybe decompensating and immediately becomes a greater concern that the current patient currently being attended to. The HMD provides critical data points to help assess the condition of the patient.

Definition. Artificial General Intelligence (AGI), also referred to as “Strong AI” although not currently in existence, but once developed, will be able to theoretically appear to have human-like ability to reason through problems and learn from scenarios to adapt and solve problems.

Use Cases. AI can be imbedded in the operational environment through the use of HMD or sensors built in the rooms and vehicles where care is provided. The purpose of which is to serve as virtual advisors to human counterparts as they treat and care for wounded and injured service members. On the low end of the maturity model modern day mobile devices are already recommending sentence completion while typing memos, and informing drivers when to leave to avoid traffic. Maturing this technology brings greater capabilities that can be lifesaving as augmentation to human intelligence.

The technologies introduced in this paper: Smart Robots, Mixed Reality, and Artificial Intelligence, are ripe for exploration. The civilian market is engaged in experimentation and innovation to gain a competitive advantage in the global market place. Military Health system must partner with the industrial base to find best practices to rapidly develop militarily useful capabilities. These technologies will be instrumental in alleviating the pain and suffering that will most likely be inevitable in future combat scenarios, when the lethality of weapon systems increases. It is the prudent for the military health system to rapidly advance their research and development activities to mature these now only concepts, into a reality. 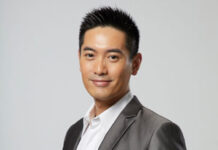 Driving Healthcare IT to the Front-Line through Innovations 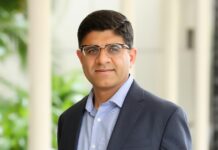 Guaranteeing Moments that Matter in Healthcare 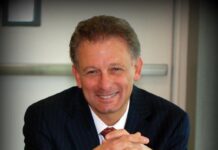