Automation is a hot topic in the manufacturing world. Discussions range from the incredible benefits of automating your production processes, such as increased production rates, improved part quality, and higher profits to the risk of eliminating jobs. Throughout the evolution of manufacturing, each time advancement in automation has swept through the industry, there has been a mixture of excitement and hesitation.

Early reception to automation was generally positive. It wasn’t until later in the 20th century that concern over dwindling jobs hit a high during the Great Depression. In the Paradox of Automation, popularized by Lisanne Bainbridge in her paper, “Ironies of Automation,” she states that as the efficiency of automation grows, so does the importance of a human operator. So, although automation may replace some jobs, it ultimately creates new jobs that need to be fulfilled by people.

Better Jobs Improve Employee Retention
RB Royal has been manufacturing parts since 1942. There was a time at the company when a piece would have touched no less than ten hands before it arrived in the 11th hand, the customer. This scenario was the same for countless manufacturers across the globe. Many of the manufacturing processes that are automated today are tedious when manually completed and resulted in jobs full of monotonous work.

When it comes to manually manufacturing standard products, one of the downsides is the repetitive nature of the work. Many workers stand in the same spot, doing the same thing, day in and day out. Towards the end of the shift, there is a good chance one of two things is going to happen:

1. The employee will walk into their manager’s office and quit from the monotony of the job.

2. As the shift drags on, the employee will insert a piece improperly into a machine resulting in slightly different parts or broken tooling.

Quite often, when a person thinks of automating manufacturing, they envision the human side of things disappearing. RB Royal has always been focused on retaining employees while integrating automation into the day to day operations on the production floor. With the new robots and machines came new jobs that were more engaging, higher-paying, and provided more significant advancement opportunities than the jobs they replaced.

An Investment That Pays for Itself
RB Royal began implementing automation for repetitive manufacturing processes and tedious quality inspection in 2013. The use of collaborative robots has allowed the ability to use one operator to run three machines. Upon implementing automation, RB Royal saw an almost immediate improvement in part quality and manufacturing productivity, along with a significant reduction in tooling costs.

The dollar investment in automation is significant and may give pause to companies of a smaller size. It is essential to evaluate the process you are implementing and calculate the payback over time. Generally speaking, the ROI on the addition of automation equipment is relatively short.

The options for robots and machines that can be implemented into a manufacturing process seem endless. These machines not only offer the benefits mentioned previously but also provide capabilities that can’t be completed manually—another important consideration when reviewing the cost of implementing automation. Expanding your service or product offering results in additional business opportunities, which compounded over future years, also justifies the investment.

Collaborate Robots Provide Flexibility in Production Runs
Collaborative robots, otherwise known as Co-Bots, act as collaborators on the production floor. Co-Bots are very different from the more autonomous or industrial robots that, for safety reasons, are separated from the human workforce. Co-Bots are also easy to program and very user friendly.

RB Royal utilizes six (6) Co-Bots. The Co-Bots are safe, efficient, and reduce the chance for accidental injuries and repetitive strain on employees. Co-bots give the ability to automate smaller production runs than would be done on an industrial robot. Co-bots help in delivering better parts. Before, the worker performing repetitive tasks would sometimes deliver parts with defects. Now, a person watching a couple of those robots knows that his job is to ensure quality. He has the time and motivation to deliver the customer a better job.

Industrial Robots Perform Advanced Operations
Industrial robots are set up in caged areas for safety. They perform repetitive tasks and can integrate complex, multi-step operations. These robots utilize a jointed arm to pick and manipulate material per a pre-programmed process in the software application.

At RB Royal, two (2) industrial Kuka robots are used for tube bending applications. These robots are programmed to create complex bends in tubing for large production runs. Due to their advanced automation, they can run around the clock and create multiple bends in a tube during the run. The addition of the industrial robots has increased RB Royal’s overall productivity in these product applications by 30%.

Laser Welding Expands Capabilities
Welding is an essential task in most manufacturing processes. When fabricating a part where two metal pieces join together, a welding process is typically required. Based on the part’s complexity, the type of steel, location of the weld, there are limitations to welds that can be done by a human.

A robotic laser welder is an automation tool that can expand your manufacturing capabilities by providing the ability to create welds that cannot be done manually. Laser welding is quicker than traditional welding which helps to maintain the strength of the steel.

RB Royal utilizes a robotic laser welder for complicated welds. These welds are done in tight spaces that would not be possible with a traditional welder. The laser welder only requires a line of sight providing the perfect solution to the seemingly impossible weld. Laser welding also has a minimal heat affected zone, which greatly reduces the amount of heat distortion during the welding process and helps ensure that part geometry is maintained.

Connected Quality Checks for Real-Time Corrections
In addition to improving the manufacturing of a part, automation can be integrated into quality checks for real-time part testing and correction. Gone are the days of performing all quality assurance testing right before an order of parts is shipped out. Now automated pre-inspection and real-time quality checks allow for more advanced part design and production.

FARO ARM
A FARO arm, for example, is an automated quality tool that is connected to a robot and measures parts while they are on the production line. This type of automated quality check performs 3D inspections using items such as dimensional analysis and CAD comparisons so technicians can easily verify product quality.

At RB Royal, before the addition of a Faro Arm, there were times when a customer design required a more complex inspection layout that had to be completed by third party inspection resources. This outsourcing increased part cost, resulted in long lead times, and any process modifications required re-verification.

Due to its vast capabilities in the field of inspection, the FARO arm investment allowed for the production of more complicated part configurations and the use of a “model fit” which ensures that the customer’s product requirements are a match. Now RB Royal can verify production fixtures to ensure the process will produce parts that meet the customer’s needs.

OASIS
An Oasis machine is similar to an optical comparator that can be programmed easily with the customer’s dimensional requirements. The part is placed in the reading range, and the profile of the part is inspected in three seconds.

Before adding the Oasis machine, RB Royal would use small hand tools such as calipers, micrometers, thread gauges as well as larger equipment like an optical comparator, for inspection to verify incoming products and outside services. This method consumed both time and resources in addition to creating delays on occasion for getting the product into inventory or production.

The addition of the Oasis machine dramatically reduces the amount of time needed between production and product delivery. With the Oasis, the product can be moved through the inspection process very quickly.

Conclusion
Despite concerns over automation ranging from up-front costs to job loss, the outcome is overwhelmingly positive. RB Royal has seen great results across the organization and an ROI in less than two years from its implementation. Our employees enjoy and embrace automation. Instead of running 500 pieces themselves, they are overseeing, programming, and inspecting multiple robots operating throughout the day. RB Royal customers enjoy the benefit of reduced part costs, shorter lead times, and improved quality. Automating manufacturing processes at RB Royal has been a win-win for both the company and all stakeholders. 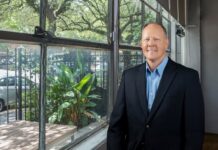 Data and Analytics – Fuel and Engine in Smart Manufacturing 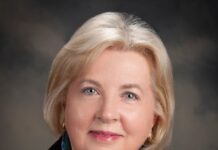 Manufacturing in the Time of COVID-19

How To Do a Big Data Project: A Template for Success

The Relationship between Quality and Financial Indicators in the Healthcare Market