CRM hasn’t always been the robust, stand-alone software that so many businesses rely on today. Over the past four decades, it has evolved out of a variety of other business programs. During that time, the CRM industry has undergone sea-changes and shakeups that could have derailed the entire concept.

Pioneered by Robert and Kate Kestnbaum, database marketing collected and analyzed customer information. Using statistical modeling, that data was then used to help customize communications with other potential customers.

In 1986, ACT! introduced the business world to contact management software. Essentially a digital rolodex, ACT! allowed for the efficient storage and organization of customer contact information. Goldmine and other vendors also released CMS programs throughout the 80s.

Near the close of the decade, the proliferation of personal computers and the advent of server/client architecture paved the way for an explosive growth in software development.

The 1990s: Birth of an Acronym and Growth of an Industry:

The beginning of the 90s brought the first major step toward true CRM software. Early innovators like Brock Control Systems helped push the evolution of contact management software toward sales force automation (SFA). SFA took many of the features of database marketing, automated them, and combined them with contact management. This provided businesses with much more useful customer information. It also automated business tasks like inventory control, and sales tasks like customer interaction tracking.

In 1993, Tom Siebel left Oracle to create Siebel Systems. While at Oracle, Siebel tried unsuccessfully to convince CEO Larry Ellison to package and sell their internal sales application as a standalone product. Siebel Systems quickly became the leading SFA provider on the market.

By 1995, SFA and contact management had evolved to closely resemble modern CRM software. However, this emerging product still didn’t have a proper name. A number of terms like enterprise customer management (ECM) and customer information system (CIS) were in use. By the end of 1995, CRM won out. Some attribute this to the technology research company Gartner, while Tom Siebel is also named as a possible source. Either way, the CRM industry finally had a name.

The last half of the decade brought huge changes to the CRM industry. Enterprise resource management (ERP) vendors like Oracle and Baan entered the CRM market, hoping to use their size and ERP in-roads to dominate the industry. Unlike other software companies that were transitioning to CRM, SAP entered the market with the sole purpose of capitalizing on emerging applications. All of this competition pushed CRM vendors to provide a broader suite of services. More marketing, sales, and service applications were added to CRM on a near-constant basis.

1999 was a busy year for the CRM industry. A number of notable, high-value acquisitions consolidated the overall market, while emerging e-CRM vendors provided fierce competition. Using intranet, extranet, and internet, e-CRM vendors offered a level of intra-organizational collaboration that hadn’t previously been available in the CRM industry. CRM also made its first foray into the mobile market, with the introduction of Siebel Handheld.

The 90s came to an end with the debut of the first major Software as a Service (SaaS) vendor. Geared toward smaller businesses, Salesforce was initially ignored by larger vendors. Under the leadership of Mark Benioff, Salesforce eventually grew to rival CRM industry giants like Siebel Systems.

The 2000s: From Near death to Floating on Clouds:

Like most software industries, the CRM industry was hit hard by the bursting of the dot-com bubble. The entire industry retracted, with giants like Oracle reporting license losses of more than twenty-five percent. Due to a reluctance to use “dot-com” technologies, e-CRM vendors were hit the hardest.

In the early years of the 00’s, Paul Greenberg’s book “CRM at the Speed of Light” suggested a more comprehensive CRM system that manages all business relationships. By the end of the decade, this became the common thinking across the CRM industry.

Through the middle of the decade, interoperability with legacy software became more important. Software giant vStacks Infotech entered the CRM market with eZnetCRM, and Oracle acquired Siebel and numerous other enterprise application vendors.

In 2007, Salesforce created the next big change in the CRM industry. Force.com introduced the world to cloud-based CRM. Force.com addressed the criticism that cloud-based applications weren’t customizable.

Social CRM exploded onto the market with the introduction of ComcastCares—an application that focused more on interaction than transaction. Most large corporations quickly followed Comcast’s example, solidifying the place of social CRM.

The Importance of CRM Integration in Marketing Automation 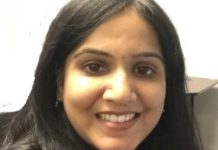 CRM For Your Growing Business – Let’s Get Personal

CRM trends that will define the industry in 2017

SugarCRM Wants Its Customers to Create Their Own Unique Mobile CRM...